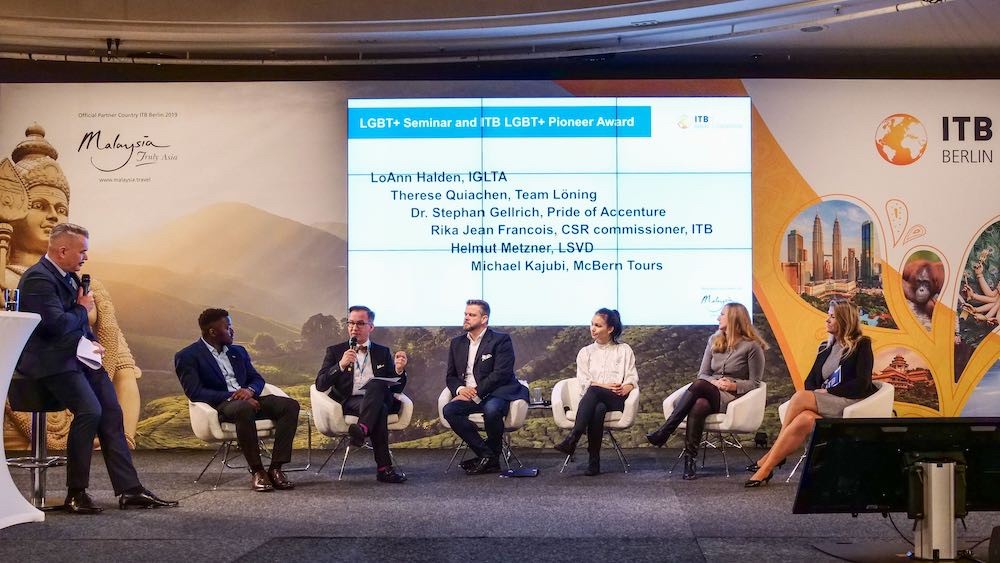 Since back in the late 90’s, LGBTQ+ Tourism was already present at ITB Berlin but scattered, not united. Due to the popularity and ITB’s CSR commitment, which explicatively includes diversity, equity and inclusion as key policy, the LGBTQ+ Travel segment was established in 2010 as an official, equal segment of ITB Berlin. Characterized by openness, creativity and vibrant interaction, this segment is one of the most diverse areas of the trade show. Over the years, it became the biggest LGBTQ+ Tourism presence in any global tourism trade show.

Each year, ITB Berlin, in cooperation with its partner agency Diversity Tourism GmbH, is hosting the well-established LGBTQ+ Tourism Pavilion with its exhibitor booths, café and various events, receptions and networking opportunities.

A LGBTQ+ Tourism Educational HUB at the hall-stage with presentations, panel discussions and expert interviews will also be part of the offer, making the segment area one of the most attractive and important meeting points of the global LGBTQ+ tourism community.

LGBTQ+ Tourism also always holds slots at the ITB Berlin Convention where current topics of the segments are discussed by international experts. Since 2018, ITB also gives out the prestigious LGBTQ+ Pioneer Award.

The renown LGBTQ+ Media Brunch in the CityCube -in 2023 on ITB Tuesday!- is home for all accredited media interested in LGBTQ+ Tourism. Members of the media will be able to get together in an informal atmosphere with representatives of destinations and other tourism providers.

Diverse side events and parties complete the offerings for the Global LGBTQ+ Tourism Community at ITB Berlin:

The new ITB Diversity Gala, a charity event for the IGLTA Foundation, which was originally planned to take place when Corona hit us all, will now take place at the Ritz Carlton Hotel on Thursday evening and will include the 2023 ITB LGBTQ+ Pioneer Award ceremony.

The successfully established LGBTQ+ Business Summit which will happen in 2023 on Friday, the day after ITB and will discuss current aspects of the situation of LGBTQ+ employees in global acting corporates and businesses.

All information about the LGBTQ+ Tourism Pavilion and its supporting program at ITB Berlin 2023 will be available in a special “LGBTQ+ Tourism Program” by the end of February. 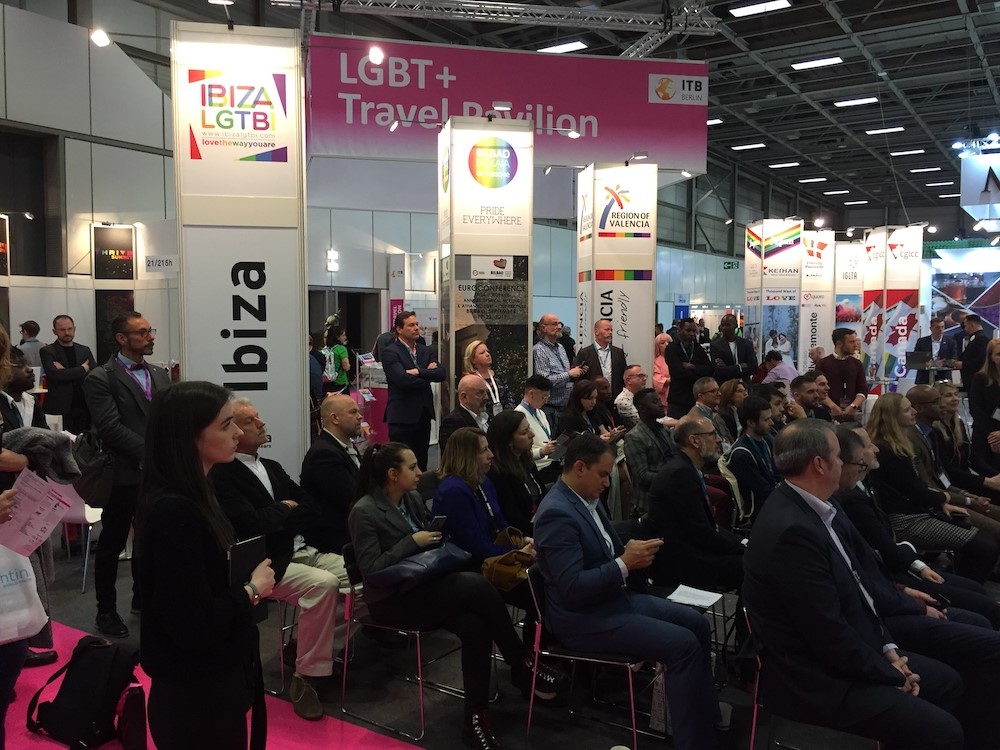 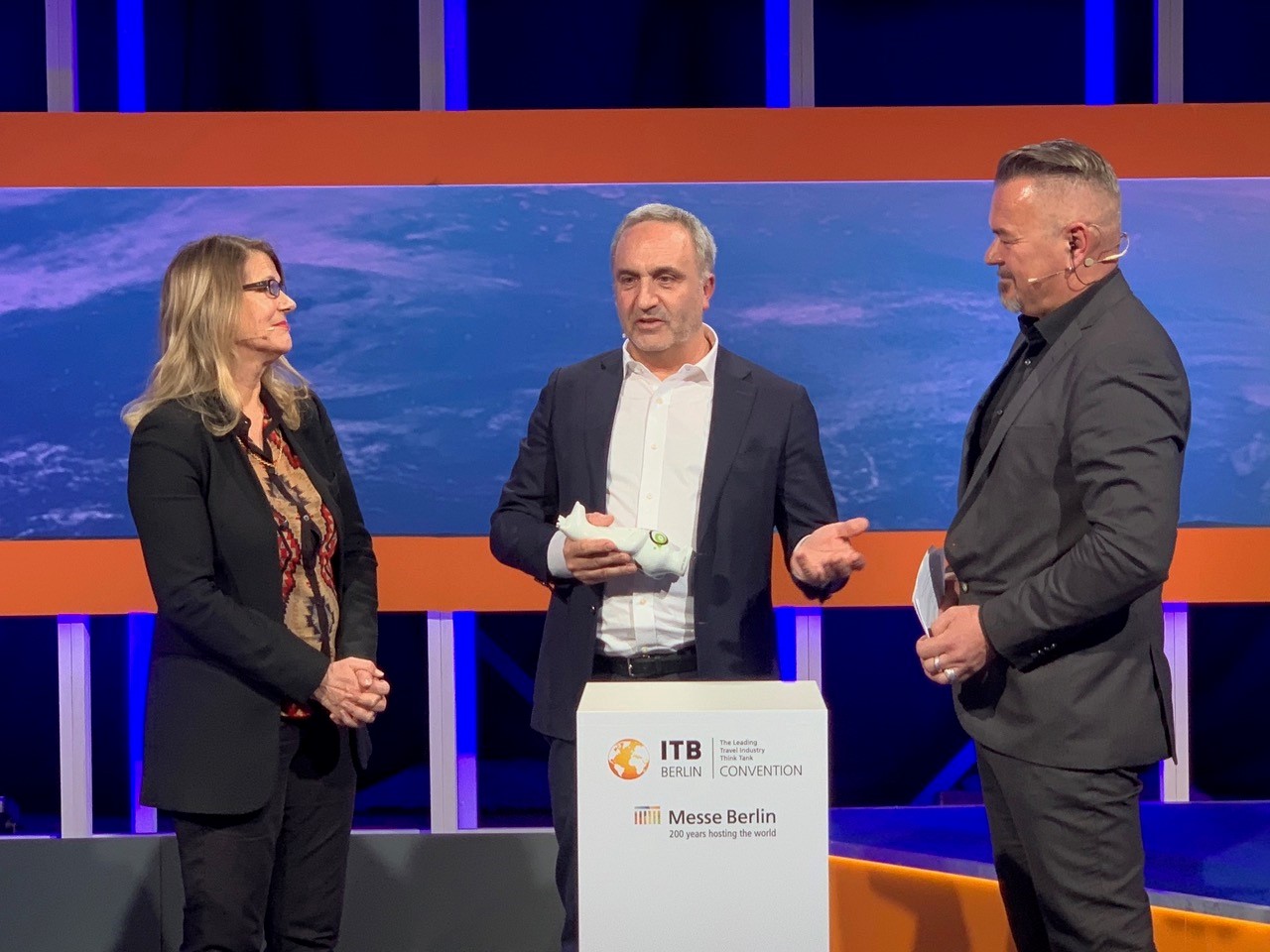 In the context of its social responsibilities ITB Berlin considers itself to be an ambassador for human rights and tolerance. Thus, ITB’s commitment to LGBTQ+ travel extends far beyond the trade show itself. 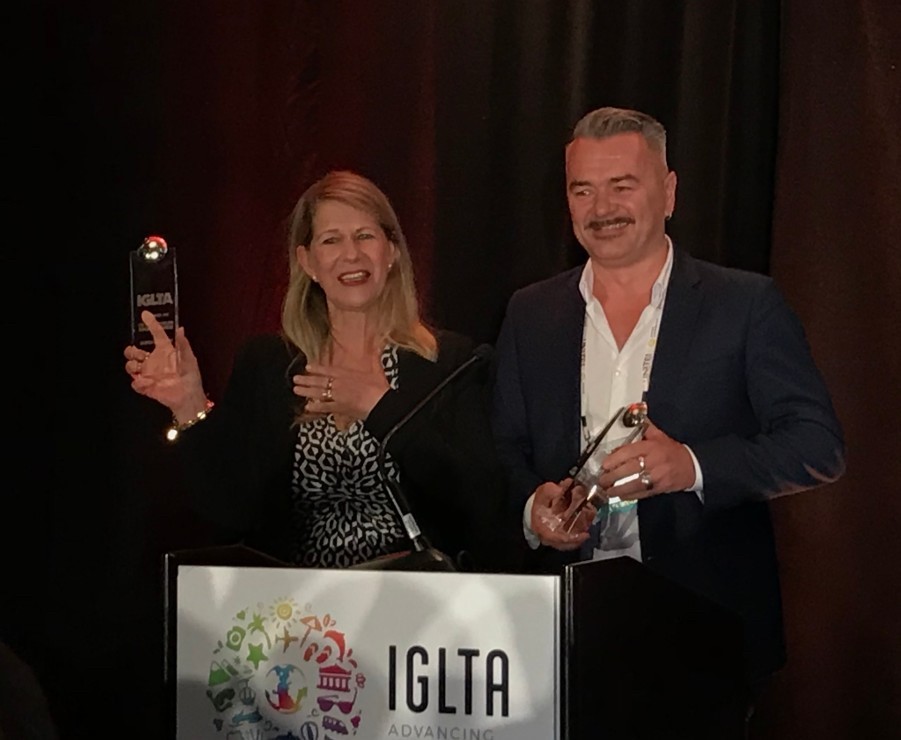 ITB’s reward for promoting awareness and acceptance of the LGBTQ+ community in the global tourism industry:

at its Annual Global Convention, which took place from 24 to 27 April 2019 at the Hilton Midtown New York City, the International Gay&Lesbian Travel Association (IGLTA) honored ITB’s representatives with the renown Vanguard Award.

”ITB Berlin is proud to occupy a pioneering role in this important subject, and to be the recipient of such a prestigious award for its continuing efforts to promote international recognition of LGBTQ+ travel“, said Rika Jean-François, Head of CSR at ITB Berlin and responsible for this segment. ”What started with a few community pioneers exhibiting here and there around ITB Berlin has over the years become an internationally recognized and important platform. Together with our LGBTQ+ partner Diversity Tourism we have created a globally unique forum.“

”We have got to the point now where at ITB Berlin we have created one of the liveliest and most diverse LGBTQ+ Travel Pavilions possible, with exhibitors and trade visitors from around the world taking part in valuable discussions “, says Thomas Bömkes, Managing Director of Diversity Tourism GmbH. Rika Jean-François added: ”This award will give us the strength to continue defending LGBTQ+ travelers against discrimination in every destination of the world and to ensure that they, just like any other travelers, can visit places where also local people are respected regardless of their sexual orientation.”

On request, the ITB Academy organizes LGBTQ+ workshops for destinations and their touristic suppliers, informing about the global Gay&Lesbian travel segment, its special marketing requirements as well as market developments.

For that purpose, ITB Berlin works closely with Community marketing LGBTQ, Inc. from San Francisco as its research partner. This renown research company is specializing in LGBTQ+ marketing research. 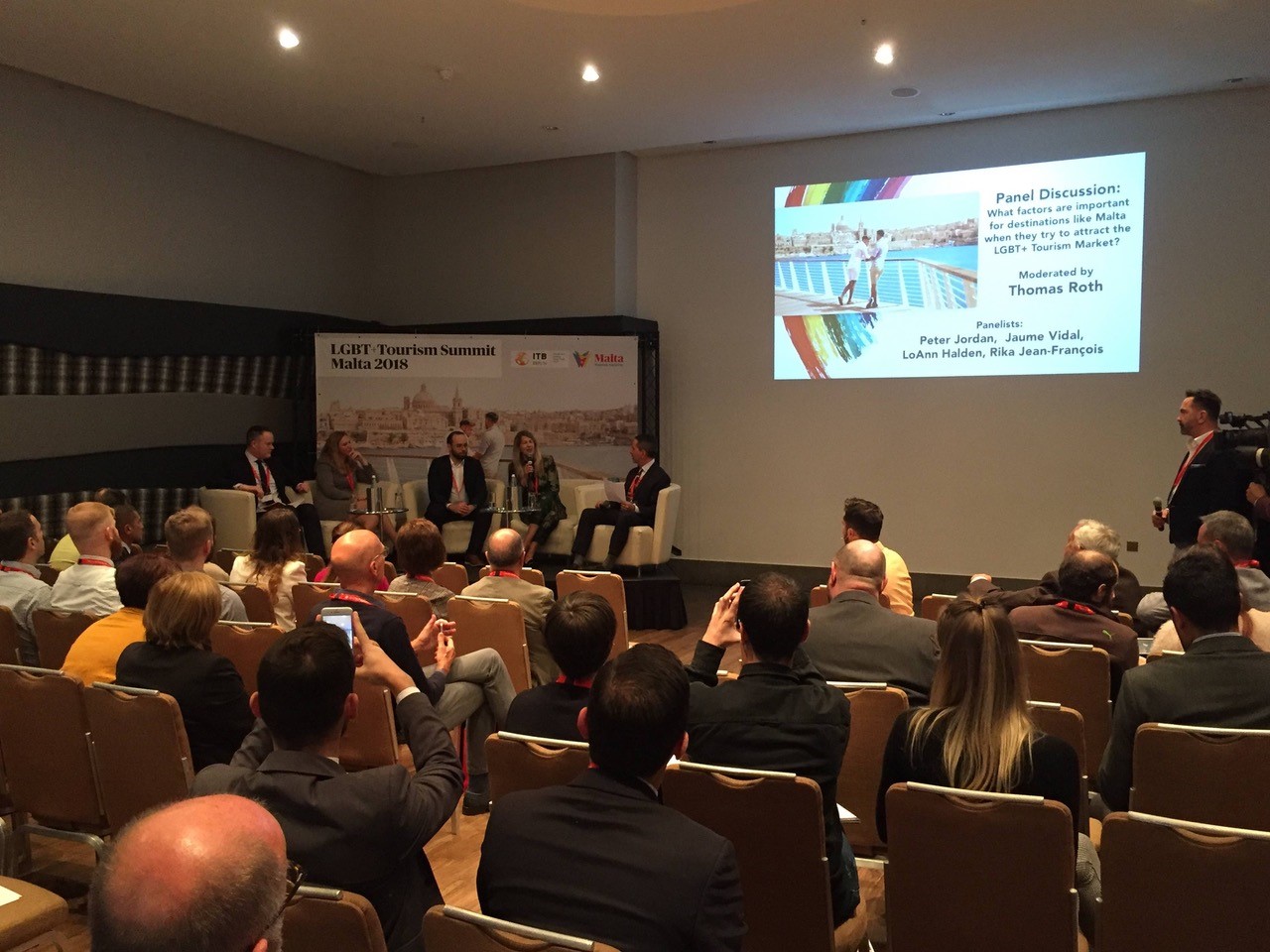 ITB Berlin was the first to host an LGBTQ+ Academy with two workshops in a row on lesbian and gay travel in Japan, the Land of the Rising Sun. On 23 August 2017 the World’s leading Travel Trade Show ® had invited participants to a half-day event in Tokyo, and a day later visitors found out more about the globally expanding LGBTQ+ market in the Imperial City of Kyoto. 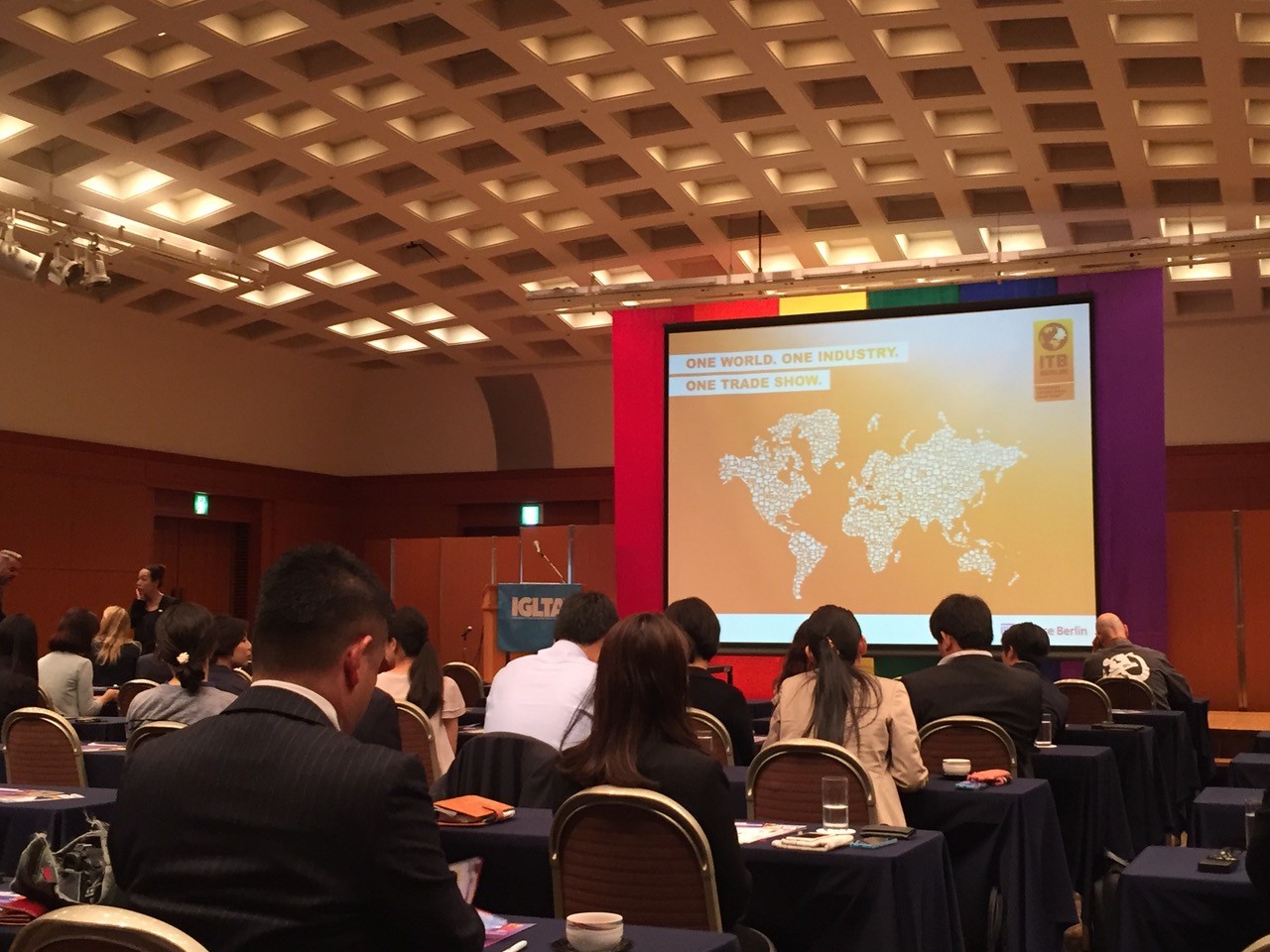 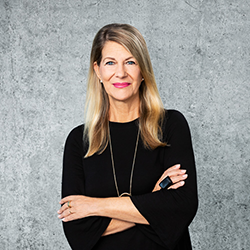 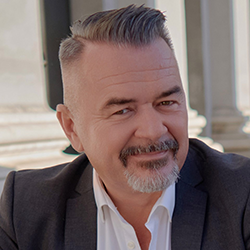